Home Options Trading Are We In A Derivatives Bubble?

Today we’ll discuss if we are in a derivatives bubble or not. A topic that should matter to every option trader.

The concept of a derivatives bubble is terrifying because the results could be catastrophic for investors of all kinds.

In this guide, we will dive into everything that you need to know about a derivatives bubble.

We are also going to answer that dreaded question, “are we in a derivatives bubble?”

The entire financial market has been stable ever since the ‘Great Recession took place back in 2008.

The financial crisis could be considered a ‘burst of the bubble,’ precisely because banks struggled to operate within their ordinary bounds.

Every investor wonders about whether we are actually in a derivatives bubble.

This is a challenging question to answer directly, but we will provide you with information exploring this critical concept.

The most common types of derivatives are futures and options.

Their value is based on other market assets.

There are many different options contracts, and investors don’t necessarily have to complete a transaction for the asset.

Future contracts are a little bit different because they require a transaction at some point in the future.

There is usually a predetermined date and price set on a future contract.

Large financial corporations can sometimes put themselves into a box by trading futures and options, also known as derivatives.

If these corporations are over-leveraged and their position does not go in the direction they expected, they are vulnerable to massive financial losses.

Many investors believe the derivatives bubble popped in 2008 when banks used too much leverage to boost their position.

Then their position took a sharp decline, which resulted in a significant financial crisis.

It would take years for the global economy to recover from this momentous event.

Lessons Have Been Learned – Will History Repeat?

Many financial institutions were forced to learn the lessons of the derivatives bubble the hard way during the most recent financial crisis.

As a result, one of the most critical questions is whether history will repeat itself?

Derivatives are a dangerous financial tool that can be used carelessly by large financial institutions.

Some of the most reputable economic experts have already stated that they believe another derivatives bubble will burst at some point in the future.

It may be slightly more challenging to see the rupture of a derivatives bubble because several new financial regulations are now in place to try and reduce the risks of it happening again.

While derivatives continue to be a trendy financial tool, many institutions are starting to realize that they are extremely dangerous and can lead down a wrong road if things don’t go right.

Are We Currently In A Derivatives Bubble?

The financial system operates in such a way that we’re always in a derivatives bubble of some kind.

The real question is how big the bubble is, and is it allowed to grow until it is out of control?

One of the biggest reasons that derivatives are so incredibly risky is because they are based on speculation.

A lot of large financial institutions hedge their risks by utilizing derivatives.

This can be a significant advantage of derivatives when used in the right way.

Unfortunately, the truth is that just about everyone learned how to use them the wrong way during the 2008 financial crisis. 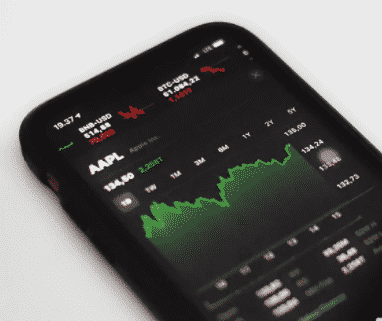 The worst-case scenario played out in 2008 when the derivatives bubble exploded.

Massive losses spread through the economy, and the financial system slowly came to a grinding halt.

It took several years to recover from this significant economic event, and it stunned most investors from the moment it happened.

The current derivatives bubble is nowhere near where it was in 2008, but that doesn’t necessarily mean that we won’t ever be back in those risky situations again.

The current regulations are designed to prevent a similar event, but there are still scenarios that could play out that would destroy the derivatives bubble all over again.

There’s likely no way to eliminate the risks that are posed by the financial system concerning a derivatives bubble.

So these financial tools will always be used to some extent to try and supplement the best investment strategies and hedge risk.

The lessons have been learned, and many economic experts know what to look for this time if things are starting to get out of control.

In addition, many new regulations that have been implemented are designed to reduce the overall risks to the financial system.

Suppose the derivatives bubble is allowed to grow to the level it was just before the 2008 financial crisis.

In that case, we may see another significant economic event that drags across multiple industries and sectors.