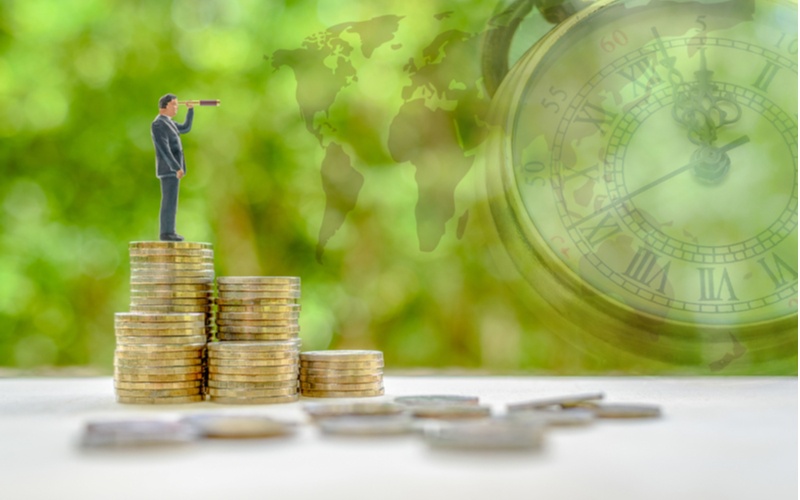 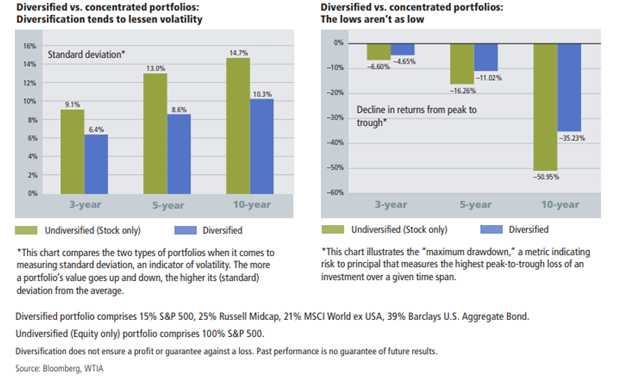 One of the largest reasons for this is that different asset classes tend to outperform other classes in any given year: 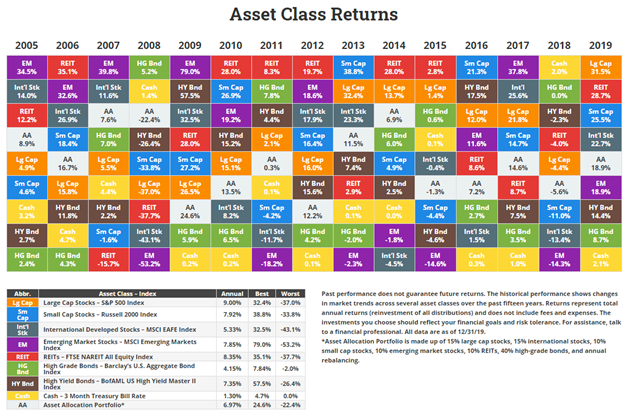 As well as Leveraged Anchor has performed over the past couple of years, a large part of that performance can be attributed to the S&P 500 simply performing well – a trend that may or may not continue.  Given that the developers of the Leveraged Anchor strategy developed it in part on the premise of “we don’t know what the market is going to do over the next year,” diversification of the strategy only makes sense.

In furtherance of this, the strategy was diversified into four different indexes:

While there is some overlap between the S&P 500 and the Nasdaq, the two indexes have had differing performances over the last decade:

Given the popularity of the two indexes, we wanted to gain exposure to both.  A driving factor in selecting the above instruments was volume of their option markets, as our strategy is almost entirely option driven.  All four of the above are top 10 instruments in total daily option volume and number of open contracts.  Liquidity should not be a major concern on any of the above except for the very largest of portfolios (and in which case there are ways to trade the indexes more directly than ETFs).

Consideration was given to including real estate through a REIT or REIT ETF, but the only possible instrument identified that traded weekly options was IRY and it has fairly low option volume so was excluded.  Consideration was also given to adding in commodities (such as GLD or SLV) or bonds (such as HYG) but such instruments did not perform well in testing of the Leveraged Anchor strategy – at all – in any market conditions, so such instruments were excluded.  This does not mean such instruments do not have a place in a full portfolio – they absolutely do – but they just do not currently have a place in a Diversified Leveraged Anchor portfolio.


Theory is one thing, but how has it worked in practice since going live?  Too often in stock and option trading theory does not match reality.  Fortunately, several months in, diversification has worked exactly as intended.

Over the same general period, SPY stock was up 8.58% and the Leveraged Anchor SPY position was up 5.35%.

Overall, each of the new Leveraged Anchor instruments has performed as expected, if not better (QQQ has done much better than expected).  All three of IWM, EFA, and QQQ required the long hedge to be rolled in the first three months, which is normally a large cost item and operates as a drag on performance.  And while such a drag can be seen on EFA and IWM, such drag was minimal and should balance out as the hedge is continually paid for over a full year period.

In short, in the limited window of time we have diversified the Leveraged Anchor strategy, we are very pleased with the results and look to continue success over the coming months.

Christopher Welsh is a licensed investment advisor in the State of Texas and is the president of an investment firm, Lorintine Capital, LP which is a general partner of three separate private funds. He is also an attorney practicing in Dallas, Texas. Chris has been practicing since 2006 and is a CERTIFIED FINANCIAL PLANNER™. Working with a CFP® professional represents the highest standard of financial planning advice. He offers investment advice to his clients, both in the law practice and outside of it. Chris has a Bachelor of Science in Economics, a Bachelor of Science in Computer Science from Texas A&M University, and a law degree from Southern Methodist University. Chris manages the Anchor Trades portfolio, the Steady Options Fund, and oversees Lorintine Capital’s distressed real estate debt fund.

The Santa Claus Rally – Do You Believe?

SMA vs EMA – Which Is Better For Day Traders?

THESE 5 Stocks Could be the Next Apple