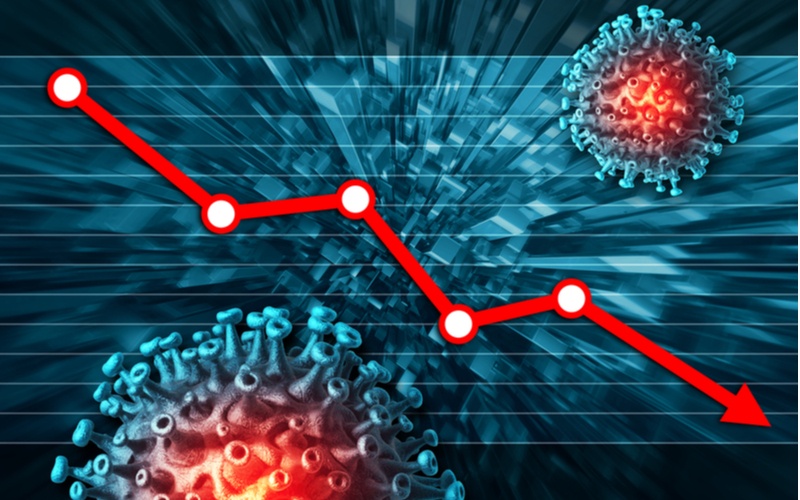 This is how the Anchor portfolio looked like on Feb.6 2020, two weeks before the start of the decline:

SPY was at 334, total portfolio value around $143k. This is how the P/L chart looked like: 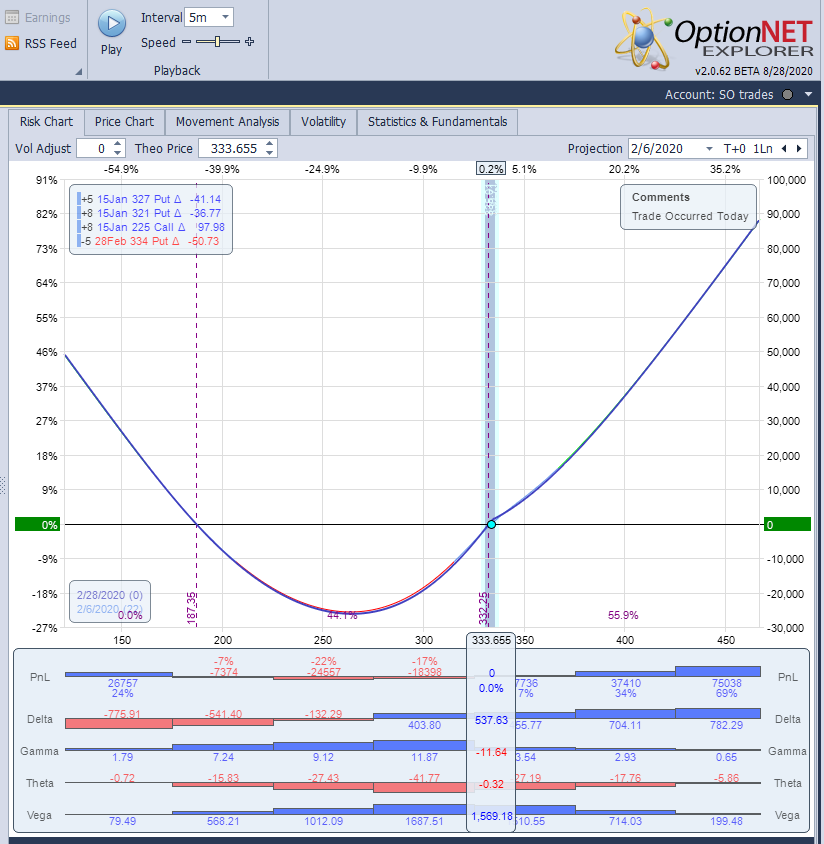 With 8 SPY contracts, this translates to x1.85 leverage. This setup obviously should perform very well on the upside (the portfolio should easily outperform SPY on any upside move), but the downside doesn’t look that great on this P/L chart. 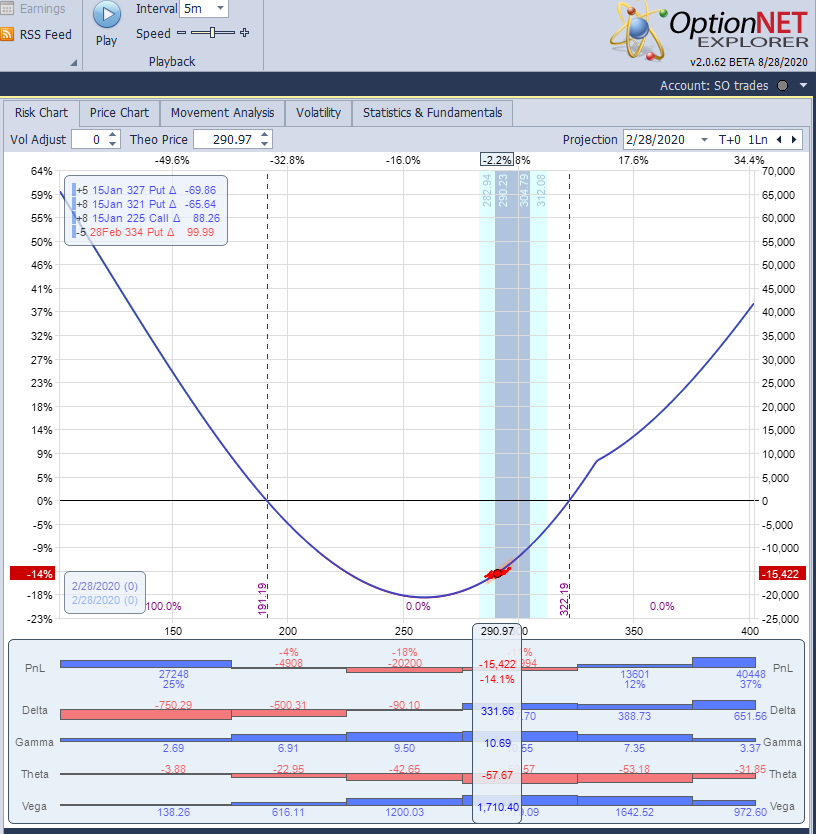 With SPY down 13%, the Anchor portfolio was down only 10%. This is normal and expected. The strategy is not designed to provide a total protection, especially in smaller declines.

It is worth mentioning that the puts are typically 5% OTM when opened. It’s entirely possible for Anchor to be up 7%, then the market drops, and we end up down 12% peak to trough (or even a bit more). The Downside of Anchor discusses it in more details. 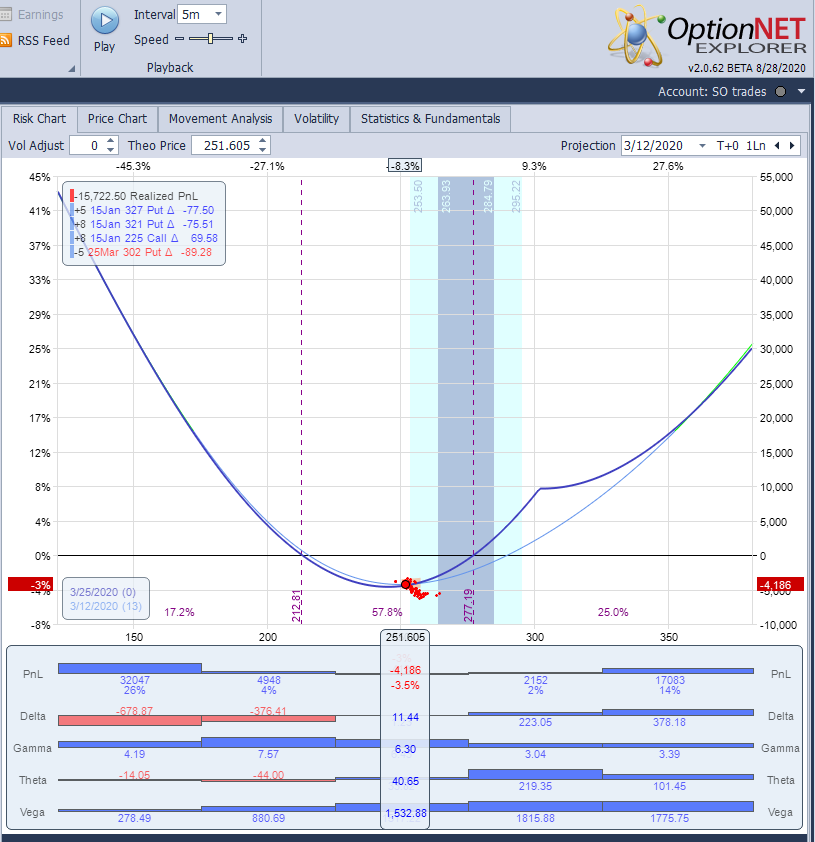 Now you can see how the protection kicks in after a bigger decline. 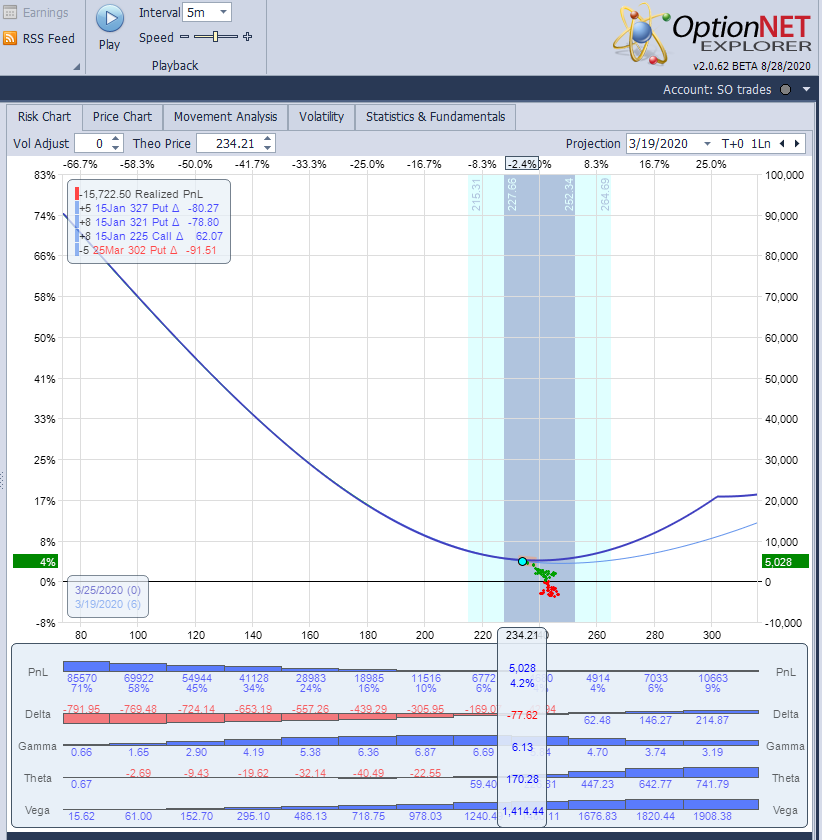 Now, this is pretty amazing. How this was possible?

The bottom line: in the last 30 months, the strategy produced 36.6% CAGR, significantly outperforming the S&P 500, but at the same time provided a full protection during the market crash. To me, this is as close as it gets to the holly grail of investing.