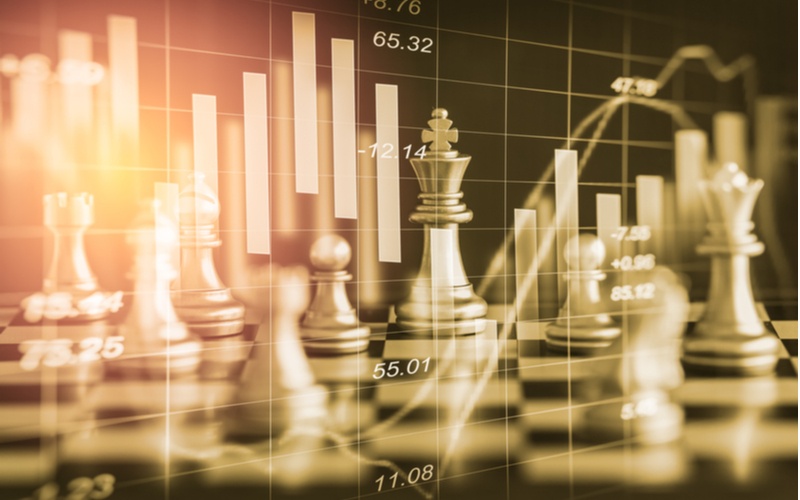 What I began to realize over the years was that the risk I was taking with iron condors was excessive, so the thought of selling a “naked” strangle was unimaginable. This risk was due to ridiculously large position size, or leverage, and over time I began to understand this reality better.

An iron condor is simply a short strangle with long options that are further out of the money than the short options. Some traders refer to the long options as “wings”.  Because an iron condor creates a maximum potential loss equivalent to the width of the spread, traders make the mistake of often trading their account up to or near the maximum number of contracts that would wipe out most of their account if that max loss occurred, which during periods of low market volatility may be as minor as a 10-15% drop in the market.The average intra-year drawdown for the S&P 500 has been about 14% since 1980, so this is something that occurs almost every year.

This is of course why you hear so many stories of retail traders and credit spread/iron condor newsletters blowing up. As is almost always the case, the risk isn’t really the strategy…but instead the position size of the strategy! There’s no strategy so good that enough leverage can’t make it a blow up waiting to happen. Due to the nature of out of the money option selling, the negatively skewed return stream can take a while to materialize when there are long periods of relatively calm market conditions.

Today, I think of a strangle as a cash secured put along with an out of the money short call. Thinking about the trade this way transforms a short strangle from seemingly risky into a rather conservative trade, due to the position sizing rule. For example, with SPX currently trading at about $3,000, a strangle would be sized at about 1 contract per $300,000. Compare this to selling 10-point wide put and call credit spreads to create an iron condor, and many newsletters might suggest that you sell something like 275 contracts per $300,000 of capital! Think about that for a moment…technically the iron condor has “defined risk” of $275,000 (ignoring the credit received), while the strangle has “undefined” risk because the short call is naked and prices can theoretically rise forever.

Yet the risk is immensely different for the two trades due to the number of contracts involved. The strangle has a positive expected return and will very likely survive and succeed over the long-term due to the well documented Volatility Risk Premium (VRP), while the iron condor will cause an eventual blowup. When someone says they prefer iron condors over strangles because the risk is “defined” with an iron condor, they probably haven’t spent a lot of time thinking about position sizing. This should be the biggest lesson from this article…risk is defined by your position size to a much greater degree than it is by the strategy. Yet it’s a topic that is not well understood or appreciated by most traders.

I think about an iron condor similar to how I’d think about owning 100 shares of a stock and then buying a protective put. A strangle is like owning just those 100 shares, while an iron condor is like owning those 100 shares along with an out of the money protective put. That put will reduce your downside during extreme selloffs that are greater than the market already baked into prices, but at a substantial cost over the long run (again, due to the VRP). To illustrate this, I backtested SPY strangles and iron condors using the ORATS wheel. Selling 30 delta strangles on SPY since 2007 has produced an average annual return of 5.34% (volatility of 8.36%, Sharpe Ratio 0.64), while a 30 delta iron condor with wings set at 20 delta returned only 0.15% (volatility of 3.08%, Sharpe Ratio of 0.05). I ran the test a few times just to make sure I was getting consistent results.  The additional transaction costs and performance drag of the long options is so significant that almost the entire return generated from the short options disappears.

On your journey as an options trader you’ll hear a lot of conventional wisdom repeated over and over that simply isn’t true or provides incomplete information. One of those myths is how selling strangles is risky and instead a trader should sell an iron condor. This statement tells us nothing about position sizing. If you read this article and are still resisting the information I’m sharing, ask yourself this question: Is the reason you still want to use an iron condor over a strangle due to how you might look at the expected return of the strangle as I’ve laid it out and feel a little underwhelmed? Perhaps this article is also what you need to hear instead of what you want to hear, because I know I was in that camp at one time.

You might consider that the 5% return of the SPY strangle since 2007 is similar to the long-term global equity risk premium, which serves as the benchmark for virtually everything since so few investments have been proven to be able to reliably exceed it over the long term.Until someone shows you an independently audited decade plus long track record of a fund or newsletter selling iron condors with the “X% per month” average returns that are often fantasized about and marketed to new traders, use the position sizing algorithm presented in this article instead as your baseline. Think in terms of notional risk instead of margin requirements, and you’ll substantially reduce the risk of an unrecoverable negative surprise on your trading journey.

Jesse Blom is a licensed investment advisor and Vice President of Lorintine Capital, LP. He provides investment advice to clients all over the United States and around the world. Jesse has been in financial services since 2008 and is a CERTIFIED FINANCIAL PLANNER™ professional. Working with a CFP® professional represents the highest standard of financial planning advice. Jesse has a Bachelor of Science in Finance from Oral Roberts University. Jesse manages the Steady Momentum service, and regularly incorporates options into client portfolios.