One popular question that many investors have is whether Marvel Entertainment stock is publicly traded.

While you cannot directly buy shares in Marvel Entertainment, there may be an opportunity for interested investors to still own a small piece of Marvel indirectly.

As previously mentioned, Marvel Entertainment is not currently a publicly traded stock.

You won’t find any stock symbol directly connected to Marvel on the stock exchanges.

There is a little bit of good news though.

Disney owns Marvel, and it just so happens that Disney does have a stock symbol.

While it may not be ideal for investors who want to invest in Marvel Entertainment directly, the good news is that you can still buy shares in a company connected to Marvel in a significant way.

Disney purchased Marvel Entertainment for more than $4 billion in August of 2009.

Does Disney Own Marvel Entertainment?

There have been many questions surrounding the ownership of Marvel and how that whole transaction broke down back in 2009.

While there are several complexities that would be difficult to explain to the average investor, the fact of the matter is that Disney technically owns Marvel, but this doesn’t mean that Disney directly owns every singular aspect of Marvel.

Here are some of the reasons that Disney may have acquired Marvel Entertainment in the first place.

Disney originally invested about $4 billion when the company absorbed Marvel Entertainment in a massive transaction back in 2009.

With the production of multiple movies, many more billions of dollars have been generated to justify the initial purchase of Marvel Entertainment.

You could call the transaction to purchase Marvel a major success on Disney’s behalf.

It was an incredible success when you look at all of the profits that have since been realized in movie releases over the last decade.

How To Invest in Marvel Entertainment

As we discussed in the introduction, there’s no way to directly buy shares in Marvel at this point in time.

It is possible to buy shares in the company that owns Marvel, which happens to be Disney.

There could still be a ton of future potential for investors if they wanted to indirectly invest in Marvel by acquiring shares in Disney’s stock.

The future seems almost as bright as it has ever seemed for Disney and Marvel Entertainment, but there are never any guarantees in the world of investing.

If you are looking to jump into the action, it might not be a bad idea to take a closer look at Disney’s stock and consider your options.

The Benefits Of Investing In Disney

In some ways, it might be even better to invest in Disney as a whole rather than limiting your investments to Marvel Entertainment.

Because Marvel shares cannot be acquired directly through the stock market, the next best option would be Disney’s stock, which has been a public company for nearly six and a half decades.

Some of the benefits of investing in Disney include the fact that you’d be investing in a company with an extraordinary track record.

The company also recently launched the Disney+ platform in November of 2019 and has had great success, with more than 100 million users reported in Quarter 1 of 2021.

There’s no doubt that the next era of Disney’s growth could be even more substantial than the previous decades.

While investors may be disappointed that they cannot directly invest in Marvel Entertainment, the opportunity to invest in Disney can’t be too disappointing. 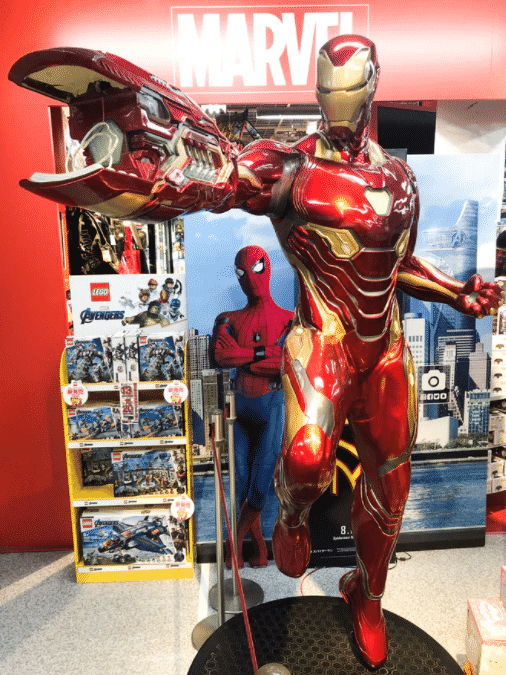 Stock Price For Marvel Entertainment In 2021?

What is Marvel Entertainment’s stock price in 2021?

Although Disney, the company that owns Marvel Entertainment, does have a stock symbol and its most recent price has been reported at $178.50.

Investors can scramble to invest in Disney to get a piece of the action if they are looking for a way to indirectly invest in Marvel Entertainment in 2021.

Disney’s stock provides an excellent opportunity for more than a single reason.

The Disney+ platform has been a significant success over the last two years and appears to have more users signing up every day.

Other aspects of Disney’s growth also look extremely bright as a new decade opens the door to new opportunities for investors.

While it is not currently possible to invest in Marvel Entertainment, many investors will be pleased to read throughout the information in this post and realize that Disney could be an excellent indirect alternative for investing in Marvel.

There are many positive benefits for investing in Disney, in addition to simply supporting the Marvel Entertainment acquisition that took place more than a decade ago.

With new opportunities becoming available for investors, it’s hard to pass on the opportunity to invest in Disney right now.

The next several years could be highly prosperous for investors that ultimately decide to place a significant portion of their portfolio in Disney.

While there are never any guarantees in the world of investing, Disney has proven to be a reliable stock for more than six decades and continues to be a favorite by millions of individuals.