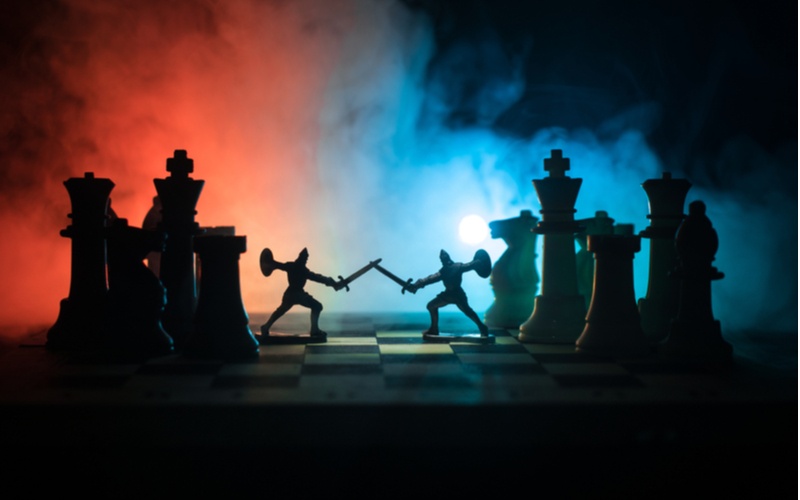 As a starting point, “parity” does not mean equalization of bid and ask. The differences in these two prices often are misused and misapplied. For example, in the calculation of pricing models such as Black-Scholes, the most used “premium” is the mid-point between bid and ask. However, this price never applies to either side. To be truly accurate, and pricing model should calculate two prices, one for buyers and the other for sellers. If the net between the two prices is zero after allowing for transaction costs, this could represent one version of parity.

The variations in bid and ask will rely on volatility, but also on moneyness and time to expiration. It is not fixed in time. However, for the purpose of identifying whether a given trade makes sense or not, the spread between the two prices is of great concern. The wider the spread, the more difficult it becomes to achieve parity.

The first and easiest definition of put/call parity is related directly to the bid and ask prices. For example, Boeing (BA) closed on August 27 at $51.72 per share. The closing prices of the September 4 options at 51.50 strike were:

The two prices are only one cent apart, practically at par. If a synthetic short stock trade were opened, the net position would reflect a one-cent difference in the two sides. Another adjustment would be for the difference between underlying price of $51.72 and option strike of 51.50, or 0.22. This is close enough to at-the-money that the significance of this adjustment is not great. The synthetic position may still be assumed to be at put/call parity despite the one-cent net offset in prices or the 22-cent difference between strike and underlying price.

For those trades like synthetics, the closer to put/call parity, the more desirable. With this achievable, less adjustment will be required to realize a net profit. In the case of the synthetic, the net cost may be assigned a value of zero (or close to it), so that a small move in the long side would be profitable, and on the short side, time decay is assumed to take care of the changes realized due to price movement. This all assumes that price movement is not extreme on either side, and one danger of any combination is that the underlying will move in the undesired direction. Consequently, the options will also reflect a disappointing outcome, mirroring the underlying price changes.

The second version of put/call parity is more complex and involves calculation of present value based on an assumed interest rate. The calculation is based on European expiration of both the call and the put. The purpose of this calculation is to decide (based on the assumption involved) whether a trade is desirable. The time to expiration and moneyness of the options also come into consideration, as with all strategies.

The calculation combines premium of both sides as well as time to expiration:

This version of put/call parity is applied more in arbitrage trading than in the day-to-day and short-term speculation trades. When a cheaper combination is bought and a more expensive combination is sold, arbitrage strategies assume the result is riskless profit. Whether this works out in practice is a separate question.

For most traders, with emphasis on short-term trading and even speculative positions, the inclusion of interest rate assumptions and present value are not of great concern. It is more likely that moneyness and time to expiration will influence decisions, and of course the spread between bid and ask. The spread measures the potential profitability of a combination, but unfortunately this often is overlooked or discounted, especially if a net credit is possible with a given strategy.

The assumed interest rate adds an element of uncertainty to the advanced calculation. Remembering that the mid-point between bid and ask is not accurate for either side, the use of any interest rate only complicates the outcome. Considering that this calculation is based on European style options, what happens for American style? The formula is accurate only if the positions are left open until the last trading day, and this restriction limits the usefulness of the put/call parity formula.

Yet another complication is found when dividends are involved, and when the ex-dividend date falls within the period in which the options will remain open. This further distorts the reliability of put/call parity, because (a) if the trader also owns shares, dividends represent added income, or (b) if the call is on the short side of a trade, dividend capture may throw the trade into turmoil if exercise occurs and the combination trader must recognize a net loss.

The takeaway from this is that the first version of put/call parity is simple, but it offers a realistic method for identifying value of a combination. Parity is desirable in traders such as synthetic long or short stock, and if the net credit/debit is at or close to parity, the trade is likely to be more desirable than one with a large spread, especially if the net is a debit. That means that to yield a profit, price movement must occur in the right direct, and must exceed the debit as well.

In comparison, the many variable involved with the second form of put/call parity make it practical in arbitrage trading, but less so for most traders whose short-term traders are normally based on American style options and not in consideration if interest rates or dividends.

Michael C. Thomsett is a widely published author with over 80 business and investing books, including the best-selling Getting Started in Options, coming out in its 10th edition later this year. He also wrote the recently released The Mathematics of Options. Thomsett is a frequent speaker at trade shows and blogs as well as on Seeking Alpha, LinkedIn, Twitter and Facebook.