You can’t be blamed for thinking that the short squeezes in January 2021 were a complete anomaly, not to be repeated.

Market pundits have plenty of explanations for why, but it happened again. Last time, the main event was GameStop (GME), and this time it was (is?) AMC Entertainment (AMC).

Let’s take a brief look at some of the biggest moves in this “Reddit group.”:

In short, the high short interest names like GameStop (GME), AMC Entertainment (AMC), and Bed Bath and Beyond (BBBY) went parabolic again, as they did in January 2021, with some newcomers this time around.

It’s not certain that these are full-on short squeezes, because a large portion of the short interest in these stocks have shored up since January, and many of the companies have issued more shares, loosening up the float.

Instead, it seems that the power of Reddit and social media-driven rallies has increased, as they even set their aims on more difficult targets like World Wrestling Entertainment (WWE) and Wendy’s (WEN), neither of which are typically thought of as “fast money” stocks.

Many refer to the stock market in metaphysical terms now.

You’ll hear phrases like “whatever the market should do, it’s doing the opposite.” Options trader Cem Karsan says summer 2021 will be the “Summer of George,” a reference to the episode of Seinfeld when George Costanza does everything wrong and somehow it all works out.

However, we know that when it comes to these fast money plays, fundamentals don’t matter. You’ve surely heard the jokes about the 2021 investment strategy being “buy mall stores you haven’t been to since 2009.”

If you missed it, here’s the price performance of WEN over the last few days: 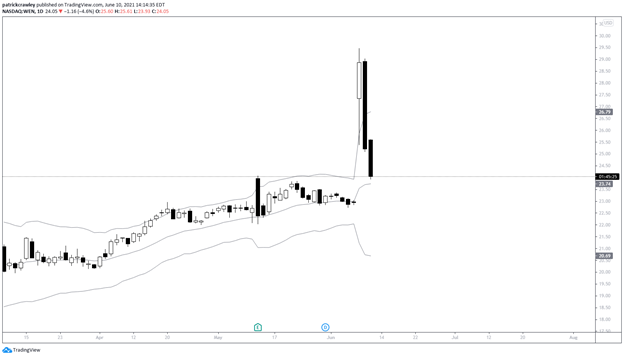 It’s pretty clear that there wasn’t enough Reddit juice to overcome the supply coming in from long-term holders.

So let’s shift our focus to WEN’s share structure and ask the following questions: roughly how much of the float was sold short, who are the 13F holders, and how big is the float?

Ultimately, these are the sort of questions that traders are asking when making a play such as this. Technicals, fundamentals, and sentiment take a backseat role, with the primary question being “will there be forced liquidations, and how do I identify capitulation?”

Not an easy task, but some traders seem adept at it.

Short interest is an imperfect measure.

It is a twice-a-month snapshot that measures the number of shares sold short at that time. One day of odd trading can render a short interest reading completely stale, which is why there’s justified skepticism of the metric from market structure experts.

Tim Quast, CEO of Market Structure Edge, is a big proponent of short volume, which is much more dynamic and updated short volume measure.

Both metrics, however, are prone to distortions because their readings can be distorted by innocent market making activity.

FINRA last reported short interest data for Wendy’s (WEN) on May 28, 2021, with it clocking it at roughly 4% of the float, according to data from Yahoo! Finance. By today’s standards, that’s pretty much peanuts.

It helps to put this number into context, however, and compare it to the average daily volume in WEN.

WEN’s current short interest ratio is 2.5 as of today, which means it’ll take 2.5 days worth of volume for every share sold short to close their position.

Here’s some historical data, courtesy of Finbox, which compares WEN’s short interest ratio to AAPL’s over the last three years. As you can see, the ratio has declined over time.

At its most basic, trading is a game of identifying supply and demand imbalances. When there is very limited supply, then even a small spike in demand can create massive price moves.

This is why you see penny stocks on the “top gainers” list every day. This is also typically a characteristic of the biggest short squeezes.

If there are less shares available for trade and buyers are eager to buy, sellers can set higher prices, because there is limited supply.

This factor is what was at play in GameStop back in January 2021.

So many of the shares were sold short, held by insiders/long-term holders, or passive investors, that there were so few floating shares available for shorts to cover.

The same thing happened in Volkswagen in 2008. Porsche owned most of the float, with sovereign investors holding another big chunk, leading to massive losses for hedge funds like SAC Capital who were caught short.

The Wendy’s float, according to Yahoo Finance, is 175 million shares, not tiny by any means.

By way of comparison, a January 2021 SeekingAlpha analysis utilizing data from Ortex estimated GameStop’s free float to be less than 50 million shares.

Another comparison worth noting is that growth stock traders from the William O’Neil school of thinking typically prefer to own stocks with less than 50 million freely floating shares.

Every fund manager and trader has a take on this Reddit madness that has played an increasingly active role on Wall Street.

Banks are frequently putting out research on it, fund managers are writing their own think pieces in quarterly investment letters, and quants are racing to scrape WallStreetBets to frontrun the next big Reddit play.

So it helps to know why Redditors decided to pile into WEN now.

The WSB page is full of memes about Wendy’s and whatnot, but the primary catalyst seems to be a post from user  Chillznday, which recommends WEN based on the company’s frequent references to meme culture on their Twitter page, their new strawberry summer salad, and the fact that Wendy’s sells chicken tendies, which are interchangeable with gold on WallStreetBets.

The Wendy’s play failed to sustain any momentum. It looks like some long-term holders took the opportunity to trim their positions at a quick 20% gain. This failure is reminiscent of when Reddit tried to create a squeeze in silver, only for it to gap down the next day. 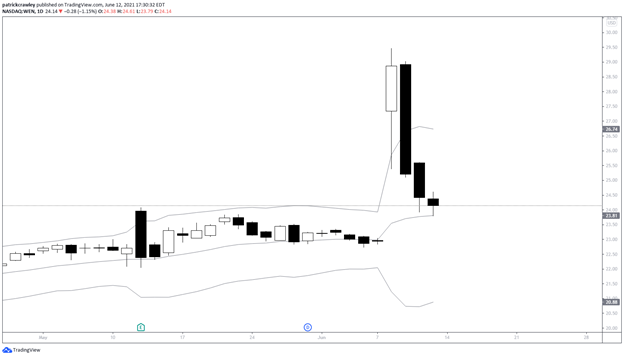 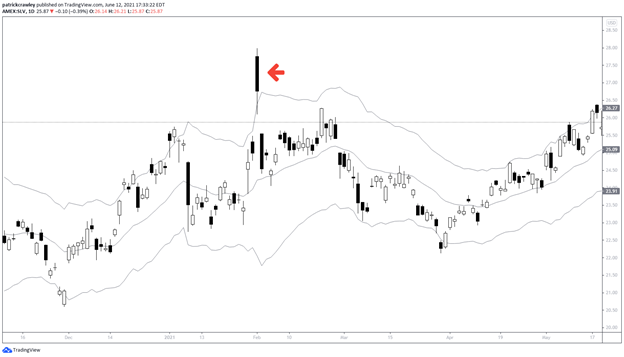 The fact that we saw round two of Reddit squeezes demonstrates how strong a factor social media and viral stock picks have become. And they’re likely here to stay until the next bear market.

Follow These Tips to Instantly Boost Your Day Trading!