Throughout history, we have had our fair share of uncertain times. This article will explore the five biggest stock market crash over the last century.

While it is impossible to be completely prepared for the future, understanding what has happened in the past can give us great insight into how different crashes can occur.

The Roaring ’20s was a period of intense economic growth that followed in the wake of World War 1.

It was accelerated by increasingly easy access to loans and thereby leverage.

From 1921 to 1929, the Dow Jones increased fivefold, at an ever-increasing pace.

Access to capital had become so easy that some clients could buy shares with as little as 30% of the face value of the stock itself.

As the speculative bubble intensified, more and more investors jumped in. In late 1929 this bubble started to show signs of weakness.

Since loans were collateralized with stock, investors had to sell their shares to meet margin requirements furthering the decline.

The pain furthered the following week with Black Monday and Black Tuesday, which remains the largest sell two-day sell-off in stock market history, with the Dow dropping another 23%.

In a show of faith, the Rockefeller family and other financial giants stepped in on Black Tuesday to buy copious amounts of stock.

This helped the situation, but only temporarily.

The stock market entered a long period of decline, which culminated in an almost 90% decline by 1933. 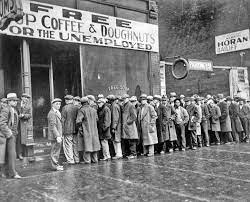 While the 1929 stock market crash was not the only cause of the Great Depression, it certainly was a key reason why it occurred.

One would expect serious negative news to be the cause for such a monumental decline.

Despite this, what made the 1987 flash crash unique was there was little fundamental news that explained the size of the drop.

The U.S. economy was booming in the 1980s, with some large gains.

The stock market was cooling which accelerated a bit into the Friday before the 1987 crash, where the Dow Jones declined by 4.6%.

On the open on Monday morning, there was significant selling pressure as the portfolio models of insurers continued to dictate large sales.

Furthermore, many investors who had mutual funds took advantage of the opportunity to sell on Friday’s closing price over the weekend.

The result was serious imbalances in sell and buy orders (which prevented many single name securities from opening).

This imbalance furthered the problem as the futures opened and were hammered with selling pressure.

As the day progressed, trading halts and issues continued creating a feedback loop where selling increased.

Computer algorithms, which work well in most market conditions, cannot deal with the volatility.

In many cases, they simply failed to function or worse, further contributed to the selling, culminating in a steep decline through the end of the day with multitudes of margin calls causing a liquidity vacuum.

Immediately after the crash, the Federal Reserve came in.

It injected massive amounts of liquidity into the market, helping prices slowly recover and leading to a massive bull market into the 1990s.

A few interesting things happened due to the 1987 crash.

Circuit breakers were introduced, which will ensure that the 1987 crash remains the greatest single-day crash of all time.

Also, options skew developed, highlighting the risk of a large move to the downside in markets.

The 2000 Dot-Com bubble represents one of the largest bubbles in history.

The meteoric surge was caused by excitement from the rise of the internet.

With such a new technology, potentials were unlimited.

Added to the fuel was low-interest rates.

As is the case with bubbles – record gains led to further interest, which then fuelled further gains.

Anything with a dot.com or remotely related to the internet was quickly bought up and then bought again.

Unfortunately, the internet companies being bought up had little to no value outside sometimes a shoebox of an office.

At the height of the Dot-Com bubble, the Nasdaq reached a P/E ratio of over 200.

While the end of any bubble is inevitable, the pressure was applied as the U.S increased interest rates several times.

This caused the rate of borrowing and thus leverage to increase.

Japan entered a recession, and the market mood started to shift as the publics’ attention went from euphoria to fear.

The consequence of the 2000 Dot-Com Crash was a drop of 75% in the Nasdaq 100. Worse off were smaller tech companies, many of which were wiped out.

Venture capital investment which helped fuel the bubble, peaked and then fell off a cliff, along with the index.

The tech bubble was so great it took 15 years for the Nasdaq 100 to surpass its peak level.

The 2008 Financial Crisis, also known as the subprime mortgage crisis, resulted from accelerating speculation, leverage, and lack of oversight in the financial markets.

This was most prevalent in mortgage lending, specifically subprime (or junk) mortgages.

To maximize short-term profits, mortgage lenders would allow borrowers to borrow with less and less oversight into the customer’s ability to pay off the loans.

These low-grade mortgages were packaged together in the form of a Mortgage-Backed Security.

While each of the loans was poor grade, they could be sold at a higher grade by packaging them together. 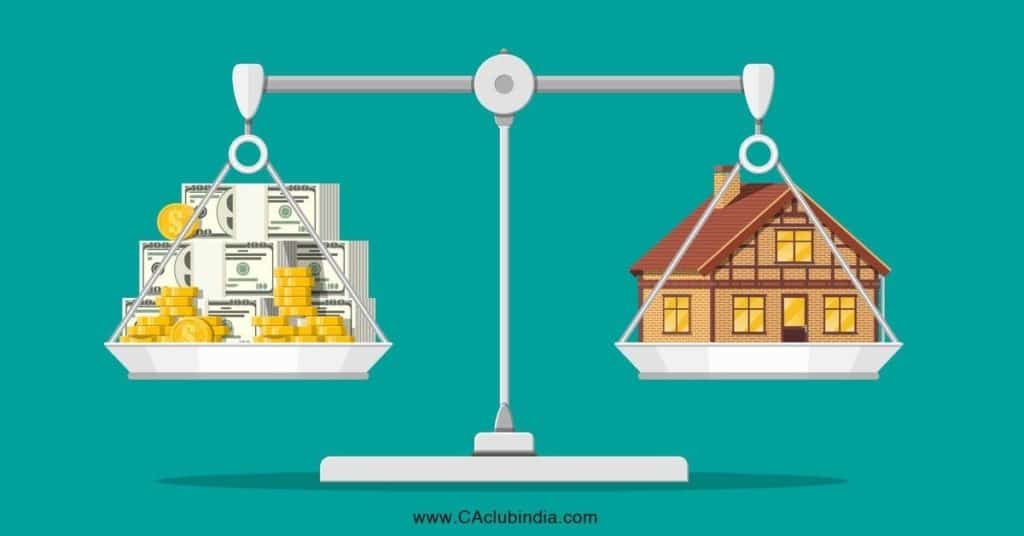 Unfortunately, as the film “The Big Short” describes:

The reality was that these “diversified” mortgages were not that diversified after all.

This came to a head as rising interest rates hurt borrowers and led to increasing defaults.

The 2008 Financial crisis caused a question of integrity in the financial markets.

It was only eventually halted by massive government bailouts to the financial and auto sectors, as well as dropping interest rates to almost nothing.

The damage had been done with the S&P 500 declining over 57% and many financial stocks losing 90% or higher of their value.

The 2008 Financial crisis resulted in a subsequent recession not felt since the 1930s.

Nevertheless, the initial shock and infectiousness of the COVID virus caught the world off guard and required action never seen before.

This included border closures, quarantine measures, and a massive surge in hospitalizations and deaths.

The best word to describe the reaction to the COVID pandemic was fear.

This fear and the uncertainty that came with it is never a good omen for the markets.

While the decline started in February 2020, the full crash culminated in March.

What initiated a lot of the problems was the velocity of the spread of the virus. As cases grew exponentially, so did declines across the world’s markets.

The pace of declines furthered selling as funds were forced to unwind amid margin calls.

While being rarely used prior, the circuit breakers against large market moves became commonplace in March. People wanted toilet paper, not stocks. 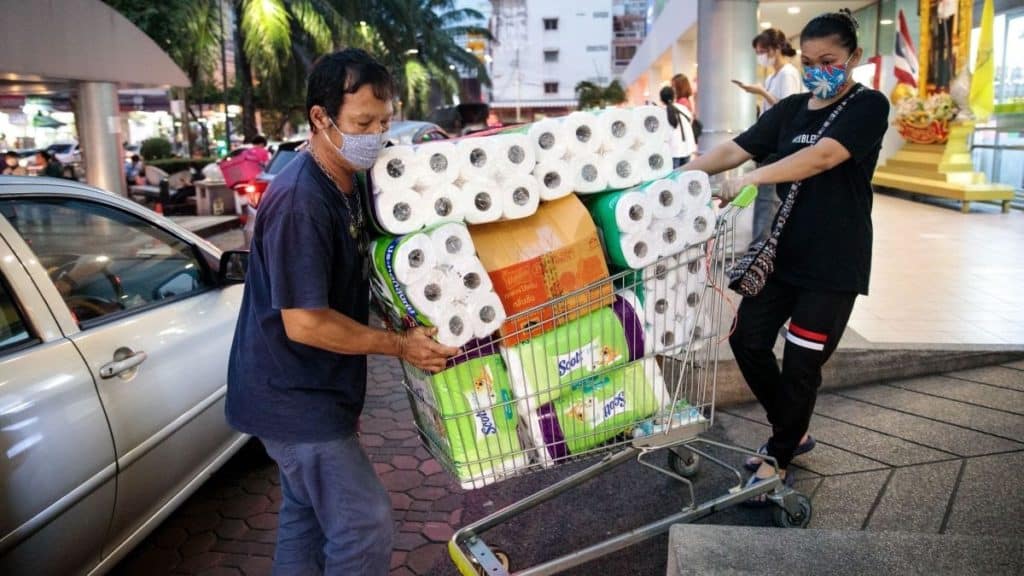 Oil, which saw demand sapped due to quarantine and travel restrictions, plummeted, even causing a brief negative price for futures contracts.

Due to the COVID pandemic, governments worldwide responded with multiple measures, including lowering interest rates, injecting money directly into the bond market, and literally printing money, which would be handed out through stimulus checks.

The massive injection of liquidity brought in stock buyers, even as the pandemic continued. This caused the stock market to rebound sharply, as a rise of the stay-at-home investor and zero to negative interest rates led to an infusion into equities.

How to Invest In Stock Market Crashes

Stock market crashes are challenging as the conditions that cause them are unique.

This makes investing in stock market crashes or preparing for them tricky.

However, a few common themes have occurred in most stock market crashes.

As such, here are some tips for investors to prepare for Stock Market Crashes