We have another shortened trading week due to Christmas Eve landing on Friday. Historically, the last few weeks of the year feature low volume, low conviction trading because most of Wall Street is too busy headed to the Hamptons or Sarasota to put on big trades.

However, as a result of the Omicron drama popping up just as we headed into Thanksgiving weekend, together with the last FOMC meeting of 2021 last week, there’s been abnormally high volume and volatility.

Before we look at next week’s market outlook, let’s do a quick recap of last week’s news.

The result of the last FOMC meeting of the year was pretty in line with market expectations, and I suppose the confirmation that Powell was both taking inflation seriously and simultaneously not becoming too much of a hawk, comforted investors enough for them to push the S&P 500 up 1.5% on the day. 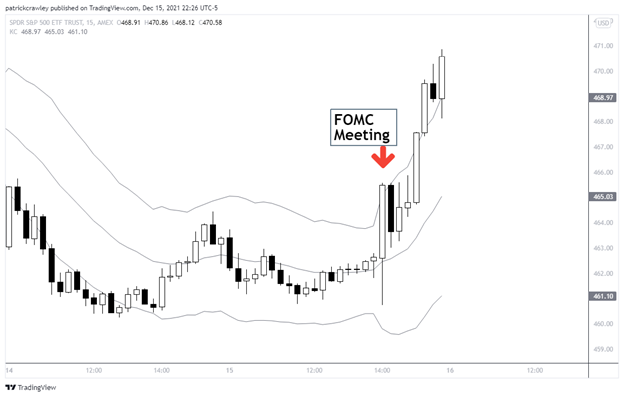 You can read the full minutes of the meeting here and watch the Powell press conference here. But the headline points are that most Fed members project three rate hikes in 2022 and that the Fed will double the rate of their tapering of asset purchases, specifically treasuries and mortgage-backed securities. At this rate, all purchases will be concluded by March 2022.

Quick Note: “tapering” in this context means the Fed is decelerating its rate of asset purchases in an effort to reduce economic stimulus. All it means is that by March 2022, the Fed intends to stop expanding their balance sheet, not that they’re actually selling any assets.

Powell remained committed to his narrative shift on inflation by indicating the Fed no longer views inflation as “transitory,” as it once did (and became the victim of endless mockery by many victims of inflation), and instead recognizes the risk of “persistent” inflation as one of their main dangers.

The stock market rallied, the US dollar declined, and metals like gold and copper advanced in response.

The PCE price index measures inflation similarly to CPI, but with a different calculation. So far, the PCE price index has estimated lower inflation than CPI since the pandemic-driven spike in inflation, with the index estimating 4.12% inflation in last month’s October report, versus 6.22% for CPI in the same month’s report.

We also get unemployment data on Thursday from the Bureau of Labor Statistics, initial and continuing claims. Last week we saw the lowest initial claims report since March 2020, and although there is a significant seasonality effect at play, it indicates a tightening labor market. 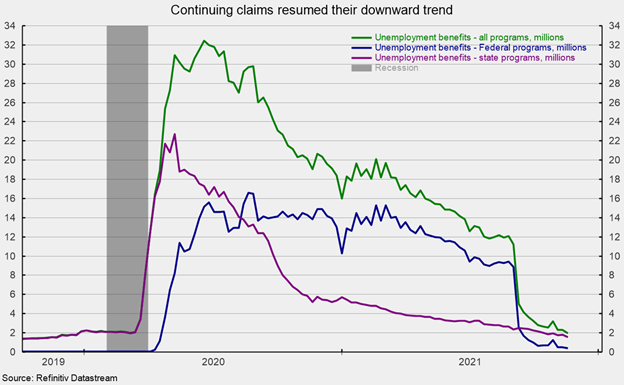 This is likely a result of how concentrated US equity indexes have become, with the top 10 components accounting for a very large percentage of the index. Most of those were tech stocks that experienced stay-at-home tailwinds from the pandemic.

Below is a chart from Visual Capitalist displaying the broken correlation between consumer confidence and the S&P 500: 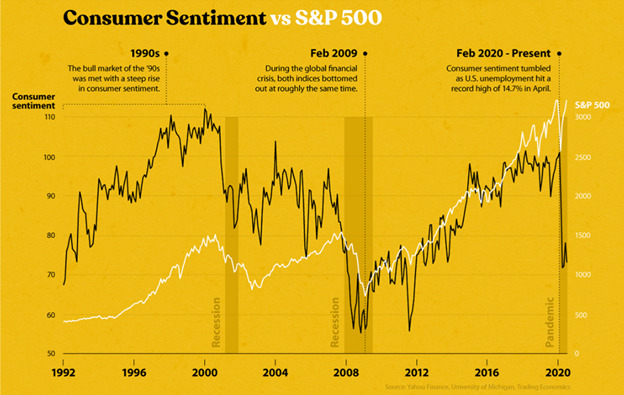 We get Existing Home Sales on Wednesday and New Home Sales on Thursday, both for the month of November. With homebuilders showing some of the highest relative strength among the industry groups over the last few months, these data points are essential to watch how the current rally in US home prices unfolds.

Always keep in mind that there’s seasonality to home sales, with sales peaking in the summer and bottoming out in the winter.

It’s a pretty thin week for earnings going into Christmas, though Nike’s (NKE) report should be interesting, as its two previous reports lead to quite sizable moves, surprising analysts on the upside and downside.

Theme of the Week: Is Retail Bearish Now?

Last Monday (December 13) broke a record for the most put options traded in a single day. We know that retail was instrumental in the explosion in options trading volumes post-pandemic and has yet to let up.

Their modus operandi has been to buy out-of-the-money call options on growth stocks in uptrends. While this is a low probability strategy, a ton of them got filthy rich doing it, and they were doing it at precisely the right time.

Now that many of those growth stocks are showing downside momentum and bearish forward guidance, it looks as if retail is momentarily shifting away from their growth darlings.

This year has shown us the ability for financial memes to go mainstream in a never-before-seen way. GameStop, AMC, “money printer go brrr,” etc.

In researching the popular subreddits, at least part of the retail put buying is owed to the AMC shareholders or “Apes” doing a long AMC, short SPY pairs trade. 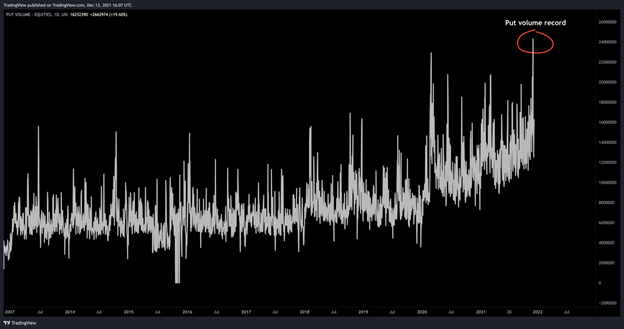 Regardless of the reasoning, these extreme sentiment readings are most often significant contrarian signals.

Owing to the lack of upcoming catalysts and quiet earnings week, perhaps we’ll have a calm week of holiday trading, so none of us are thinking too hard about our P&L when we’re trying to eat Christmas ham.

The 7 Best Oscillators You Can Use in Day Trading

Which Markets Are Best to Day Trade? (and Which not)