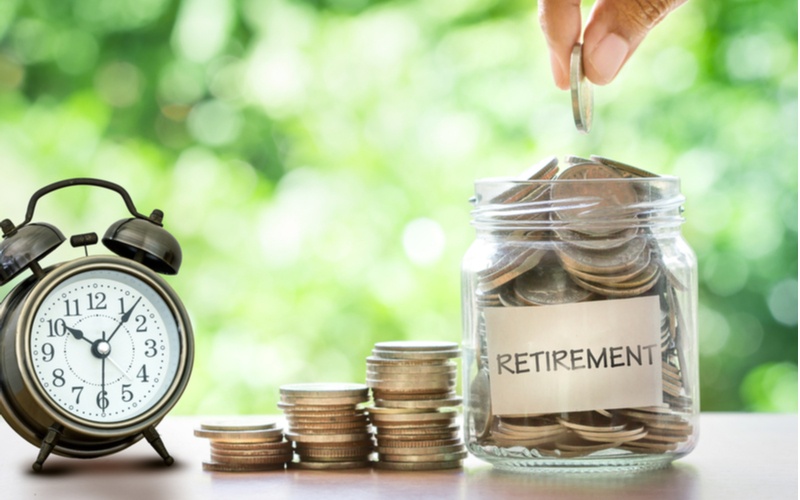 In 2018 I wrote about the magic of compounding and the tyranny of taxes, and showed how significant tax-deferred growth is over the long-term.  In this article I’ll refer to all pre-tax account types as Traditional 401(k)’s and all after-tax account types as Roth 401(k)’s since most Americans build up their retirement balances in these types of employer plans but note that the math and conclusions are the same with Traditional and Roth IRA’s.

Traditional 401(k)’s allow the individual to contribute pre-tax dollars and buildup a balance entirely tax-deferred until withdrawn. Withdrawals are then considered ordinary income and become taxable at your personal tax bracket at the time of withdrawal. Roth 401(k)’s are largely the inverse where contributions are made after tax, and then withdrawals of both principal and earnings are tax free if certain conditions are met. This results in a situation where each person decides if they’d like to pay their income taxes at the time of contribution or at the time of withdrawal. The IRS in effect says, “pay me now, or pay me later.”

Under both scenarios, an investor in the 24% tax bracket at the time of contribution and withdrawal ends up with the same after-tax result. So, the decision is most important when you have clear expectations about future tax brackets and your own income. I personally believe that future tax brackets are likely to be higher than we have today, so favoring Roth accounts is sensible for most Americans as it hedges this risk. We actually have below average tax brackets today relative to history. For example, the top marginal tax bracket today is 37% while there have been times in the past where the top bracket was 70%+. There was even a time where it was over 90%. Additionally, the US has a mountain of debt in the form of future entitlement program liabilities that will need to be addressed, and raising taxes is likely to be part of the solution.

Those who are in the highest tax brackets today are the likely potential exception as they will still benefit from favoring pre-tax contributions when considering the likelihood of having less taxable income in retirement. Note that this decision can be one in which you choose to diversify, similar to your investment portfolio, by making part of your contribution pre-tax and part after-tax. In addition to shifting more of your contributions going forward to after-tax Roth accounts, it can sometimes make sense to start paying taxes now at current tax rates by making partial Roth conversions of pre-tax dollars. The help of a qualified CPA and financial planner may be highly valuable for analyzing these long-term tax planning decisions relative to your specific situation, so feel free to reach out to us if you’re interested in a second opinion about your current course of action.

Jesse Blom is a licensed investment advisor and Vice President of Lorintine Capital, LP. He provides investment advice to clients all over the United States and around the world. Jesse has been in financial services since 2008 and is a CERTIFIED FINANCIAL PLANNER™ professional. Working with a CFP® professional represents the highest standard of financial planning advice. Jesse has a Bachelor of Science in Finance from Oral Roberts University. Jesse manages the Steady Momentum service, and regularly incorporates options into client portfolios.

Short Percentage of Float – What Does It Mean?

How to Capitalize on IV Crush Over Earnings